We presented this Beasts of Daniel Surfacing Seminar live over 8 days of Succot 2015. It is a major video presentation which explains what is going on in the world around us right now from the standpoint of the Book of Daniel - and it forecasts where we are going. Viewers have called it "incredible" and "amazing".

The Beasts of Daniel Surfacing seminar is now available in this professional level production in a huge 8 DVD set. See the entire seminar, with extra content, optimized and enhanced for viewing using your DVD player, right on your TV! This will allow you to see many of the details you may have missed when watching the live presentation on your computer or mobile device. Present the seminar to friends and neighbors in your own home using this 8 DVD set! 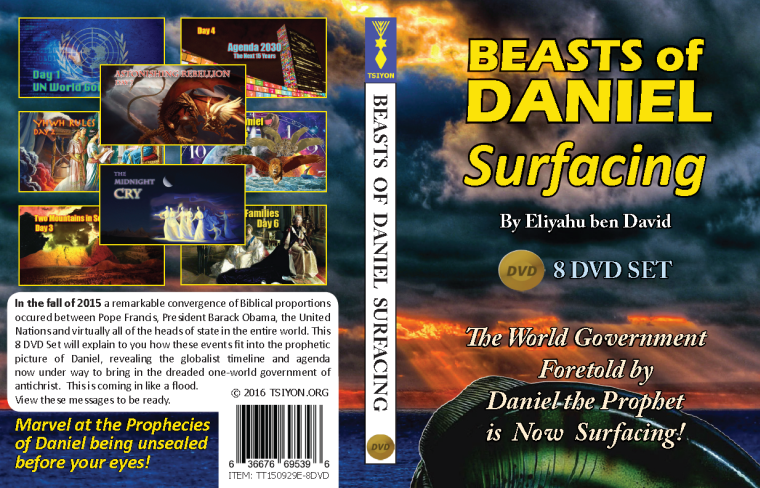