The article below is from a Christian publication, uses Christian terminology, including the name 'Jesus' instead of Yeshua, and is not what most any of us would call 'Messianic' or even "Hebrew Roots'. For the purposes of this topic, none of that matters. From the standpoint of persecutors, all Bible-believing people are "Christians" regardless of how they would describe themselves. The threat this article speaks about is a threat to every person who chooses the Bible over the globalist agenda, so, in that sense, this article applies to you. Read it, and see.

Christians, Get Ready for Persecution in the West 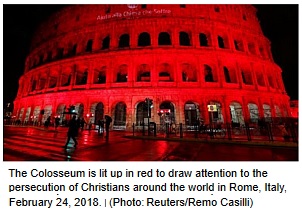 The ongoing persecution of Christians has been a sad reality in many parts of the world. Brutality at the hand of those who want to extinguish Christians, state-sanctioned violence, and Islamic extremists all play a sad role. Persecution has been something Christians here tend to dismiss as an "over there" issue.

I firmly believe there is a trend being established in the Western world. It's subtle in nature, but if you are carefully watching what is going on in media, entertainment, government, and sadly some ministries, you will discern that the tide of public opinion is rapidly turning against true Bible-believing Christians. It is time for followers of Jesus to get ready for persecution in the West.

To be certain, our brothers and sisters are facing severe persecution unlike anything believers here in the West have dealt with. Right now in many parts of the world, beatings, starvation, beheadings, and burned churches are everyday life for them. I want to ask you to stand in prayer for them because they have placed everything on the line for faith in Jesus. They are family and we are called to support each other.

It's worth noting that the spirit of Antichrist is already at work even now, and this growing Christian persecution is certainly an indicator of the nearness of the Lord's return and may very well be setting the stage for end time persecution that's certainly coming. What you are witnessing now in the increased hostility toward true Christians here in the West is but a sampling of the all-out persecution that will take place as history comes to a close. John 15:18

Look at the trend in recent years: Florists, bakers, photographers, and other business owners being fined and made to attend sensitivity or diversity training as a result of standing firm in their faith. Then there is the squelching of the faith our children have in Jesus. There are numerous examples of how free speech and freedom of creative expression are just fine in the classroom and all subjects are on the table except one: Jesus.

This world celebrates the lives of the wicked and vilifies the lives of the righteous. We are certainly living in a day when evil is called good and good is called evil. Christians are increasingly vilified because we won't bow the knee and join in the celebrating of what this world calls acceptable. Isaiah 5:20

In parts of Europe and Canada, verses from the Bible and sermons containing them are being labeled as hate speech. Pastors in Scotland and the Netherlands have been arrested and fined for hate speech because they read from verses in the book of Leviticus or elsewhere.

Times are changing and so are western views regarding religion. Pluralism and tolerance of religious expression and beliefs increasingly apply to all but one group: Christians. The World Council of Churches promotes a culture of multi-faiths and denounces Christian 'religious superiority.'

What they mean by denouncing 'religious superiority' is they stand against the exclusivity of Jesus. Mark my words, this mindset of the World Council of Churches and ecumenism are setting the stage for one world religion under Antichrist disguised as the truth. My pastor warned of the approaching storm for believers when he said,

"When persecution begins in America, I believe it will be centered on one issue, Christians saying and believing Jesus is the only way." -Pastor Mark Vroegop / College Park Church Indianapolis

From here on out, I expect to see true Christians become marginalized, vilified, and experience increasing persecution. In most of Europe, Canada, or America, if you believe in traditional marriage, stand for life, and believe Jesus is the only way to heaven, you are generally labeled as a hater or out of touch. Words are powerful but the media, blogosphere, and entertainment industry wouldn't dare denounce the exclusive claims of Islam like they do Christianity.

If you are a disciple of Jesus, it's open season on you and your beliefs.

Friends, the persecution has already begun with words and slander. Rogue judges and prosecutors in Europe, Canada, and the US. are censuring parts of religious Christian broadcasting, arresting people for teaching certain parts of the Bible, and levying fines on Christian business owners for not providing certain services. This world has a very skewed sense of the reality of good and evil.

In the near future, true Christians could very well have bank accounts seized, fines imposed, face jail time, get physically beaten, or even be murdered for our faith. This may be the reality for western Christians who refuse to deny their faith and not go along with the crowd. Make no mistake about it, Christians are on the verge of growing persecution here in the West because we won't compromise on the exclusivity of Jesus and the Bible.

How should we respond to coming persecution? We can pray for our enemies. We can maintain a spirit full of humility and kindness, even in the face of harsh ridicule and treatment. We shouldn't compromise the message of the gospel for the sake of acceptance. Saturate yourself with God's word. Spend time with the Lord in prayer. Fellowship with other believers. The Lord will give you strength to stand and to get ready for persecution here in the West. 1 Peter 3:15 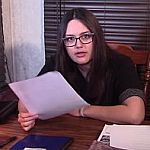 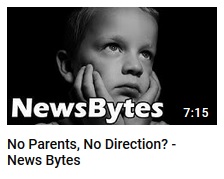